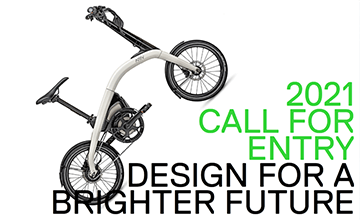 Australia’s Good Design Awards that recognizes and rewards excellence in design, innovation and creativity at a national and international level, has...


The animago AWARD 2019, organised by Digital Production magazine, has been recently opened for submission! The animago AWARD is an worldwide renowned competition in the field of 3D animation & still, visual effects, visualization & design that invites all studios, film production companies, agencies, freelancers, private individuals, students and graduates of universities and professional training institutes all over the globe.

This year, the coveted animago trophy will be awarded in 10 categories, with “Best In-Game Graphics” being a brand new category for 2019.

• Best Still - expert jury chooses the three most compelling stills on the basis of design and aesthetic qualities. The key evaluation criteria are photorealism, technical execution, character design and artistic standard.
• Best Visual Effects - this award honours the most successful blend of live-action film and visual effects. Assessment criteria include originality, believability and technical perfection.
• Best Game Cinematic - Game trailers and in-game visuals in cinema quality: in this category, the jury honours originality, design and digital execution as well as the most outstanding dramatic composition.
• Best Short Film - This award honours the best film concept, technical execution and storytelling. The jury also evaluates character design and animation, among other factors. The category encompasses everything from mixed forms of CG and live-action film to pure 3D animated films.
• Best Advertising Production - the jury looks for originality as well as visual aesthetics. They also take into account the effective use of VFX, animation, music and sound. This also includes image films and infotainment/docutainment productions.
• Best Character - The best CG character is chosen on the basis of design, modelling, animation and authentic integration in the film. The character’s ability to evoke an emotional response is also considered.
• NEW - Best In-Game Graphics - This award honours the best In-Game graphics with focus on character design, animation, realism at body motion, originality and game flow.
• Best Young Production - The best university-level project completed in the field of CG film: the evaluation criteria include the original concept, dramatic portrayal, technical execution as well as character design and animation.
• Jury’s Prize - The animago jury uses this award to honour a unique production that stands out as a result of its unique concept as well as its captivating combination of visual imagery and technical execution.
• Best Motion Design - The Motion Design Award emphasises work with graphic elements of all kinds. The evaluation criteria focus on the film’s concept and originality as well as the ability of its visual execution to evoke an emotional response. This category also includes mixed reality and motiongraphics productions.

Projects completed anywhere in the world after 1 January 2016 are eligible for submission to the 2019 animago AWARD as long as they have not been entered into the animago competition before. There is no limit to the number of submissions permitted. However, each submission must be registered individually on the animago website.

A still is defined as a picture that has been created predominantly using 3D software. However, a mixture with real elements is allowed as well as touch ups using 2D paint software. The focus is on the modelling of objects, how materials have been used, and how the lighting and perspective have been implemented considering the picture’s message. The use of new technologies and the submission’s originality will also be evaluated.

This type serves as a reservoir for films that have been created predominantly using 3D software, as well as compositings. The focus is on how authentic and convincing 3D objects, lighting and camera angles are. However, the dramaturgy, editing and story will also be evaluated by the jury, taking the submission type (e.g. architecture, art, advertising/commercials) into consideration.

• The film format should be FullHD (1920×1080 25p) for best possible quality. Lower resolutions are of course accepted, but organiser would appreciate, if you would scale according to these specifications.
• Please send your entry in one of the following digital formats: MPG or Quicktime.
• Only standard codecs are allowed. No other codecs (e.g. Hardware-related) will be accepted.
• Media and formats: CD, DVD, BluRay, USB-Stick or USB-Harddisc. As an alternative, online-transfer is also possible.
•In addition to the film itself, a representative still is required. It will be published in the special animago issue of DIGITAL PRODUCTION magazine, and will be used on the animago website. The still needs to have a minimum resolution of 720 x 576 pixels and 8 bit color depth per channel. Please choose a lossless RGB JPG file format.

An independent jury of experts selects 3 nominees per category and chooses a single winner from out of these three. The “Best Still” category is simultaneously a readers’ choice award organised by DIGITAL PRODUCTION magazine. In this particular case, readers of DIGITAL PRODUCTION magazine as well as members of the Social Media Communities are given the opportunity to vote online and choose a winner from out of the three nominated entries. The final winners in all categories are presented with their awards at a gala ceremony held during the animago 2019 on November 2-5, 2019. The animago is a leading international gathering that takes place in Munich´s Alte Kongresshalle.

There is no entry fee to partecipate!

Among those entitled to participle in the animago are studios, film production companies, agencies, freelancers, private individuals, students and graduates of universities and professional training institutes all over the globe.