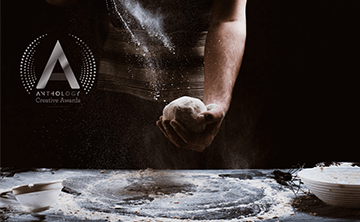 Anthology Photographer of the Year 2021

Organised by Anthology Magazine, submissions are now invited for the The Anthology Photographer of the Year Award 2021, competition that celebrates outstanding...


CALL FOR ENTRIES: Architecture competition, The World Design Capital (WDC) Taipei 2016 calls for proposals for at least six collaborative projects with aims to enhance participation of design communities around the world and broaden the global reach of WDC Taipei 2016’s marketing and communications.

By embedding social design and involving citizens in the design process, the proposed projects should be collaborations between local and international teams to resolve Taipei’s various urban issues with innovative and practical designs.


In correspondence to WDC Taipei 2016, proposals shall be related to themes such as universal design, urban planning, and social design. Proposals shall emphasize on using design to solve social issues and fulfill public’s needs in order to benefit the public; proposals shall be implemented in a manner that attracts social resources and supports to ultimately facilitate improvements of the society (community). Design projects, exhibitions, research programs, online activities, and any other events on product design, architecture, interior design, industrial design, and food design meeting the aforementioned themes are all eligible.

The proposal shall manifest the spirit of social design, which emphasizes the use of design to solve social issues. World Design Capital Taipei has identified four major groups of development issues Taipei faces today: “Life Quality and Health,” “Ecological Sustainability,” “Urban Regeneration” and “Smart Living.” and calls for submissions according to these themes.

This proposal is restricted only to the city of Taipei and can be executed in all public areas including exhibition spaces, cultural parks, and local communities etc.
Design proposals must be tailored and offer visionary and creative design concepts for the issues faced by Taipei. Furthermore, citizen participation is needed to enhance public recognition.

There is no entry fee for this architecture competition!