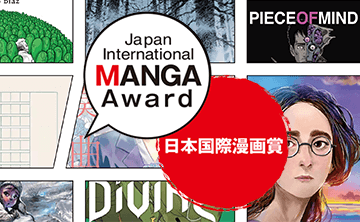 The 15th Japan International Manga Award, organised by the Minister for Foreign Affairs of Japan has been recently opened for entries for 2021 and like...


CALL FOR ENTRIES: Japan Media Arts Festival, an open call for artists and comprehensive global art festival that honors outstanding works from a diverse range of media, has been recently opened for entries for 2019 waiting for the submission from professional, amateur, independent and commercial sources.


An global art festival that honors outstanding works from a diverse range of media titled Japan Media Arts Festival has been recently opened for entries in its 2019 edition waiting for the submission from professional, amateur, independent and commercial sources.

Japan Media Arts Festival Since its inception in 1997, the festival has recognized significant works of high artistry and creativity, and in addition to a yearly Exhibition of Award-Winning Works, has held other events, such as symposiums, screenings, and showcases.

The Japan Media Arts Festival is a comprehensive festival of Media Arts that honors outstanding works in four main divisions:

While the number of entries made is unlimited, the same work may not be entered in multiple divisions. The entrant must hold the copyright to the submitted work. If the work is submitted by a representative, permission from the copyright holder must be obtained.

The copyright to award-winning works remains with the entrant.

There is no entry fees to participate.

Entries are accepted from across the globe from professional, amateur, independent and commercial sources.