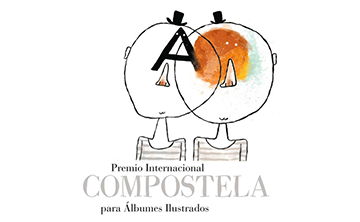 The 14th Compostela Prize for Picture Books, competition organised by Education Department of the City Council of Santiago de Compostela in collaboration...


CALL FOR ENTRIES: Comic contest organised by the Friedrich Naumann Foundation for Freedom, titled the Animate Europe International Comic Competition is now open for entry for its 2017 edition, themed “Re-Animate Europe” inviting anyone with an inspiring answer to pick up pen and paper and take part.


Comic contest titled "Re-Animate Europe" is the 3rd round of International Comic Competition Organised by the Friedrich Naumann Foundation for Freedom.

Twice already, in 2013 and 2015, the Friedrich Naumann Foundation for Freedom organised the International Comic Competition “Animate Europe”.
This time, we’re looking for your creative ideas to „Re-Animate Europe“!

After many external crises and internal shake-ups, from the migration crisis to Brexit to a lack of trust, the once strong and confident body of the European Union seems tattered and tired. The European heartbeat has lost its rhythm. How can we help to get Europe back on its feet? Who or what will be the healer, who can find the magic potion for Europe’s ailing heart?

If you have an inspiring answer to these questions, pick up pen and paper and take part in animating Europe.

Entries can be graphic short stories with or without words, in black and white or colour, and fiction or non-fiction. Each entry must be in English and an original work of which the entrant is the author (or joint author) which has not been previously professionally or commercially published and is not in breach of any third party right.

There is no entry fee for this comic competition.

This competition is open to anyone worldwide.