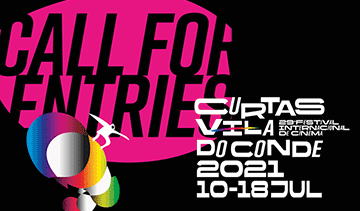 The Curtas Vila do Conde 2021 International Film Festival, recently has announced its 29th call for entries inviting to participate all artist worldwide,...


CALL FOR ENTRIES: Now in its 18th year, the DC Shorts International Film Festival is accepting submissions for 2021 inviting all filmmakers worldwide to participate with they best independent short films and Screenplays.


The call for film submissions for the 18th DC Shorts International Film Festival and Screenplay Competition, the largest short film event on the east coast of the United States, is now open for entries accepting submissions from filmmakers around the world.

Do you have an interesting, original story about developed, well-written characters? If so, then you are a good fit for DC Shorts.

Films from 30 seconds to 40 minutes, in all genres and styles, can be submitted. The spotlight is on truly independent short films created around the globe. All non-English language films must have English subtitles.

Entry fee cost $60 during the Regular Deadline period (28 February 2021). After that period ends the amount of entry will increase.

The 18th DC Shorts International Film Festival and Screenplay Competition is open to any independent short films created around the globe.

All accepted films will be screened during the festival and a total of seven (7) awards will be announced in different competition categories.