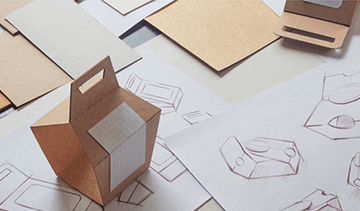 The Pro Carton Young Designers Award, one of Europe’s leading young packaging design awards has been recently opened for entries for 2021, giving young...


CALL FOR ENTRIES: “BO it!”, a cultural initiative promoted by the associations Il Civico 32 and MenoPerMeno in Bologna, once again aims to enhance the city of Bologna through an artistic and creative interpretation of the icons that identify it, inites everyone to participate, redesigning the image of a rapidly changing, increasingly international, multi-ethnic and culturally rich city.


“BO it!”, a cultural initiative promoted by the associations Il Civico 32 and MenoPerMeno in Bologna, present Second edition 2020/2021 of its International Illustartion Contest inviting everyone to participate!

The international illustration competition “BO it!” aims to enhance the city of Bologna through an artistic and creative interpretation of the icons that identify it, such as monuments and other symbols: Bologna described by those who live there, those who imagine it, who discovers it as a tourist and by those who arrive as a migrant.

Redesigning the image of a rapidly changing, increasingly international, multi-ethnic and culturally rich city, is the goal of this competition. Through a creative work, organisers aim to reflect and express this change, to give a contemporary interpretation, starting from new looks over the city.

Participants are asked to create an illustration, a graphic interpretation or a decorative motif within or outside (or both) the outline of a monument or icon, provided in an annex to the call, with free technique.

Each year a different shape will be proposed. The shape for the 2021 edition is the Porticus of Bologna. It’s an invitation to reinvent the relationship between city and community, sharing the emotions lived during the lockdown, with the hopes and desires for the restart.

The works will be evaluated by a highly qualified jury composed of experts in the field of illustration, visual communication and representatives of the sponsoring institutions. Up to 30 works will be selected for one or more urban exhibitions, including three winners (one of these will be reserved for people with disabilities and migrants). One of the goals of BO it! is to promote the inclusion of people with disabilities and migrants, by providing them, through training activities and dedicated tools to access the call, the opportunity to give their contribution to an artistic vision of the city of Bologna.

➜ use the shape for your artwork proposal, respecting the proportions indicated. You can use any technique, manually or digitally, but the final digital format must be in 72 dpi, max 1 Mb.

The communication of the images selected by the jury will be announced by the end of April 2021.

The winners will be announced during the award ceremony and the inauguration of the exhibition of the selected works will be exhibited at the public in an urban exhibition that will be held in Bologna, in a space in center city, in conjunction with the Bologna Children’s Book Fair – Children’s Book Fair (12-15 April 2021). Other urban exhibitions will be planned during the year. In a casa of health emergency is still ongoing, both the award ceremony and the final exhibition will be held online.

The competition is international and open to everyone of any age; it is possible to participate as an individual or as a group of people.

Three winning works will be awarded:

The selected works will be presented to the public in a first urban exhibition, that will be held in a downtown area selected by the Academy of Fine Arts of Bologna, in conjunction with the events of the Children’s Book Fair (June 14-17, 2021). Other urban exhibitions will be provided throughout the year.