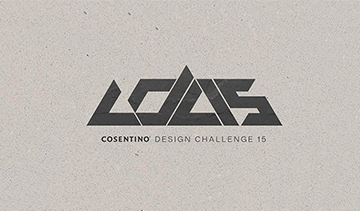 The Cosentino Design Challenge 2021, an annual architecture and design challenge for students organised by Grupo Cosentino has been recently opened for...

#DUBLINCALL is now open for entries!


CALL FOR ENTRIES: #DublinCall, recently organised contest aimed at the design of a Cultural Center that can give new life to an area without a defined urban design, invites all those who want to deal with the theme proposed, whatever their country of origin to participate.


Startfortalents.net, platform for research of architecture, proposes #DublinCall, a contest aimed at the design of a Cultural Center that can give new life to an area without a defined urban design.

Dublin has a centuries-old history often interwoven with myths and legends and which testifies to its certain origin around the third century AD. In medieval times the city experienced impressive fortifications that the Anglo-Norman conquerors erected to curb the influence of the Irish natives; imposing religious buildings were built such as the church of Christ and the Cathedral of San Patrizio. These monuments began to consolidate, over the centuries, the spread of a Georgian style, a fusion of Gothic, Rococo of English origin and Italian-style Palladianism. Exposed bricks are the material that characterizes local buildings, an element of recognition that still shines through walking through the streets of the city. A language with which the Irland Cultural Centerwill have to dialogue to build a contemporaneity that knows how to give value to history. Following the payment you will receive area photos and reference 2D dwg file which could be differ from reality to prevent competitors from working without official material. It is forbidden to use a different planthan the one provided. Since this is a competition of ideas cannot find any reference to building restrictions do not constrain the work of competitors.

You cannot take part in the contest with more than one project.

Projects will be selected that bear a contemporary vision and that know how to integrate into the context.

➜ a digital file format A0 drawn (horizontally). It should be delivered in .jpg format with a resolution not exceeding 150dpi. Anyone can decide how to draw up their work by inserting the elaborate plans, sections, three-dimensional reconstructions, render etc.

➜ a folder A4 .word format, (min. 3000 characters and max. 4000 characters) including spaces, format Arial 11, where not inserted images or graphics design. Internally they are described reasons formal and functional characterization of most of the proposal. In the header you must insert the alphanumeric code.

The announcement of the winners will take place on the association’s portal no later than 01st of September 2021.

Allowed to contest all those who want to deal with the theme proposed, whatever their country of origin. There are no age limits, canenroll graduate students, graduates or professionals. You can participate as an individual or as a group (max 5 components).

The prize is of 500 euros (exluding VAT) for each participant.