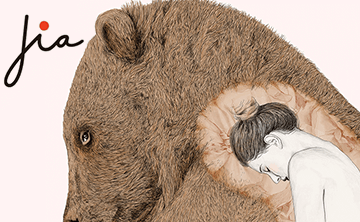 JIA Illustration Award, organised by Japan Illustrators’ Association, the most popular organization of professional illustrators in Japan is accepting...


CALL FOR ENTRIES: The Fumetti in Treviso association announces the International Competition for New Comic Book Authors, organized in collaboration with the Padova International School of Comics, which will be held as part of the Treviso Comic Book Festival 2020.


The Fumetti in Treviso association announces the International Competition for New Comic Book Authors, organized in collaboration with the Padova International School of Comics, which will be held as part of the Treviso Comic Book Festival 2020.

The theme of the contest is AN AWFUL SCIENTIFIC DISCOVERY. Every candidate (or group of candidates) must present a comic story concerning this subject. Works inspired by characters and/or events that genuinely happened or fictitious ones are allowed.

➜ The candidate/s must present a comic story composed of a minimum of 2 to a maximum of 4 pages. The works must be sent in digital format.
➜ The drawings can be created with all kinds of hand-drawn and digital techniques and can be in in black and white as well as in color.
➜ The text of the work must be written in Italian or in English. ➜ The comic story must be entirely original. It is also forbidden to trace and/or copy an already existing piece of work, under penalty of exclusion. ➜ The works must be in a digital format, one PDF document. The maximum size allowed for the entire work is 15 Mb.

Works realized thanks to the cooperation of more than one person for the same work (for example: cartoonist, comic writer, colorist) are allowed in the contest.

The award ceremony will take place during the Carlo Boscarato Award Ceremony 2020.

There is no entry fee to participate!

The contest is aimed at all new cartoonists aged 18 and over worldwide. By “new cartoonists” the organizers mean non-professional authors, who are not in any way employed in the illustration and/or comics field and have not published work at a national and international level. Students specializing in comics and authors collaborating with fanzines or self-productions will be admitted.

A potential special nomination will be communicated during the award ceremony.

Every award winning work will be shown on the digital platform and on the social media of Treviso Comic Book Festival.