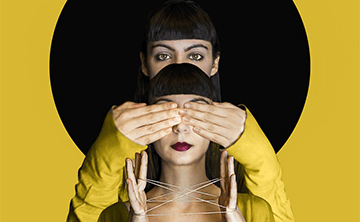 Smithsonian Magazine is very pleasant to announce 19th edition of its international annual Photo Contest inviting all photographers all over the world...

Cannes Lions Awards 2015 now is over!


CALL FOR ENTRIES: Cannes Lions International Festival of Creativity has been recently opened the call for entries for its 2015 edition of Cannes Lions Awards inviting all to partecipate.


Cannes Lions Awards will recognise and award the year’s most exciting creative ideas across 16 categories, covering everything from traditional print and film communications to technology and product design.

All entries submitted must be designed for implementation, screening, transmission or publication, and the majority of the campaign must have been implemented/launched/released to the public between 1 March 2014 and 30 April 2015 (private screenings/previews not included).

Moreover, the Awards include Young Lions Competition, open to people working in the creative industries who are 28 or under (30 or under for the Marketers competition. Teams are challenged to complete a real-life brief from a global charity, under pressure and within a tight time frame, at the Festival before being assessed by the same experts who sit on the Cannes Lions Juries.

The Festival is open to all parties and organisations throughout the world including, but not limited to, those involved in advertising, production, media, PR, design and the creative industries.