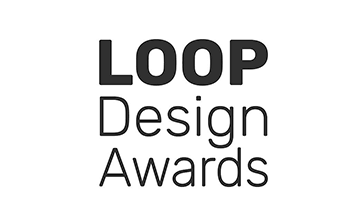 The second edition of the LOOP Design Awards 2021 has been recently opened for entries accepting works from all creativity and talent, on a global level,...


CALL FOR ENTRIES: Granshan 2016 are very proud to announce the 9th International Type Design Competition. This typohraphy competition is established as the definitive forum for non-Latin typeface design, covering a wide range of scripts for communities on a global scale.


After eight years of growth, the GRANSHAN typography competition is established as the definitive forum for non-Latin typeface design, covering a wide range of scripts for communities on a global scale.
In response to this position they are changing the structure of the competition to recognize the growing significance of communication within a script / language combination, as well as across multiple scripts.

Type designers, manufacturers or publishers around the world are invited to submit non-Latin typefaces or type families in three new main categories. To recognize the relevance of multiscript, this year the organizers have widened the possibilities of entries.

There are three competition categories in which you can participate:

- Non-Latin – exclusively for non-Latin scripts, with no Latin complements - Non-Latin–Latin – for typefaces that have been developed with a specific combination of a non- Latin and a Latin version, which are intended to be combined in use - Multiscript non-Latin – for typefaces with at least two non-Latin complements intended to work together, with no reference to an accompanying Latin

Judging will take place during the ATypI16 Conference, scheduled for 13th–17th September, 2016 in Warsaw, Poland.

There is no entry fee for this typography competition!

This competition is open for all yype designers, manufacturers or publishers around the world.