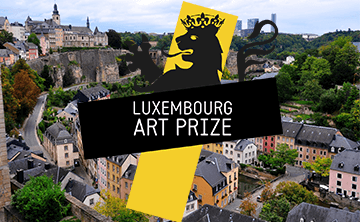 The Luxembourg Art Prize, an annual international competition for artist organised by Pinacotheque Asbl, has been recently opened for entries in its 2021...


CALL FOR ENTRIES: The 9th International Photography festival Organ Vida is announcing the new public international photography award, an open call on the theme of ’New Citizens’, in 2017.

The theme of this year competition is "New Citizens".

In this instalment of the festival, following on from examining Revelations, they are concerned with expanded and creative thinking around notions of "New Citizen". They ask: who are we as humans? How did we come to be this way, where are we headed? What does it mean to be participant of an utterly computerised 21st Century that pulls us ever closer together, yet paradoxically, even further apart? In this era, our collective knowledge is richer than it ever was, yet we’ve lost sight of ourselves.
Are we traversing an ocean of possibility while sinking under our own weight? In a world where the borders of real and imagined are incessantly blurring yet sharper than ever defined, is the very concept of belonging itself drifting away from the physical realm into another?

They are calling for the artist-communicator equipped with the power of language to show them a voice of dissent, challenging and foraging against the very things that are made by systems in power to keep us divided.

They ask for your views of a New Citizen that far extend the conventional understandings of its ‘origin-definition’ which is confined to state and city and town; they ask you to think citizen as a anywhere-human, beyond entitlement, nationality or allegiance to government.
Show your counter-language; a new way of navigating what it means to be alive and to live in a (post)capitalist, climate-changed 21st Century world. Whatever your photographic approach may be, show new dialogues and new imaginaries.

All shortlisted entrants will be notified by email in early May 2017.

The Festival is open to anyone throughout the world, 18 years and above, regardless of sex and nationality. Amateur and established photographers, artists, and curators, collectives and groups are all eligible to submit their best works.