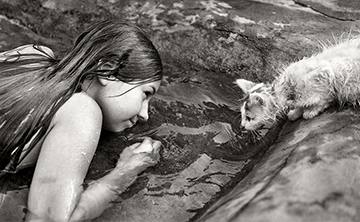 The Global Peace Photo Award 2021, photo competition that recognizes and promotes photographers from all over the world whose pictures capture human efforts...


CALL FOR ENTRIES: The Hellenic Centre for Photography has recently opened the call for submissions for APhF:17 photography competition named Athens Photo Festival 2017 waiting for submissions by artists from all around the world.


Photography competition organised by Hellenic Centre for Photography is opened for entries for the 2017 Athens Photo Festival (APhF:17) and invites submissions by artists from all around the world.

Athens Photo Festival is the leading international festival of photography in Southeastern Europe and this year, the Festival celebrates its 30 years anniversary!

This time, APhF is themed: “Still Searching” and open for a wide variety of works, ranging from fine art to documentary and photojournalism, photo-based installations and multimedia works. The Festival is also accepting submissions for its photobook section as well as for the Young Greek Photographers exhibition.

Selected works will become part of the APhF:17 exhibition programme and presented at the Benaki Museum, one of the most prestigious museums in Greece. The 2017 main exhibitions will take place from 7 June to 30 July 2017.

Each applicant may submit up to 3 entries of up to 20 photographs per submission.

At the core of the festival is a range of events, including portfolio reviews, screenings, talks and discussions, workshops, and various community and participatory projects. In addition to the main venue-based programme, the festival encourages community involvement through satellite exhibitions in various locations in the city of Αthens.

Last year’s international open call attracted submissions from all over the world, with more than 85% of the submissions coming from outside of Greece. The final selection included 97 artists from 36 countries Entry fee for this competition is 20 Euro per submission.

This competition is open to all artists and photographers from all over the world.