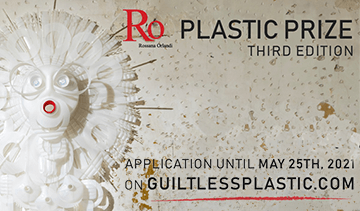 Rossana Orlandi recently has launched the third edition of its Ro Plastic Prize 2021, one of the initiatives by GUILTLESSPLASTIC, to challenge and inspire...

Humanity Photo Awards 2017 now is over!


CALL FOR ENTRIES: A biennial photography competition organised by CFPA and supported by UNESCO The Humanity Photo Awards, is calling upon photographers worldwide to partecipate in the new edition for 2017 and to record the changes and evolution of various folk cultures in a genuine, vivid and profound way; to record, spread and share the multi-cultures of the world.


The Humanity Photo Awards, a biennial photo competition organised by China Folklore Photographic Association (CFPA) and supported by UNESCO, is calling upon photographers worldwide to record the changes and evolution of various folk cultures in a genuine, vivid and profound way; to record, spread and share the multi-cultures of the world with the aim of enhancing mutual understanding and exchanges of human beings and promoting the world peace and development; to contribute to the World Folklore Photo Museum with world culture records.

Each entry must consist of a minimum of 8 and a maximum of 14 photos. Each entrant is allowed to submit no more than 3 entries according to the following categories:

Photos must be uploaded with jpg format, size between 1MB and 4MB.

There is no time limit as to when the photos were taken. They can be taken on one occasion or over a period of time. Only the necessary retouching which will not change the original appearance of the photo is allowed. All photos are prohibited from synthesis, addition, deletion or major changes in color.
Photos with frames, special backgrounds or other decorative effects will not be accepted. To keep the authenticity of the record, composite, splicing and trick photos will not be judged.

There are no content restrictions on countries or nationalities which are shown in the photos. (Entries can contain images of several ethnic groups in one country or of the same ethnic group living in different countries and regions.)

Entries that have won prizes in the previous HPA contests are excluded from HPA 2017; prize-winning entries in other contests or exhibitions are eligible for HPA 2017.

There is no entry fee this competition.

This competition is open to everyone worldwide.