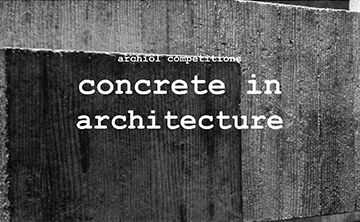 CONCRETE IN ARCHITECTURE by Archiol

Concrete in architecture is an architecture essay international competition recently organized by Archiol in association with Artuminate that is looking...

BlueCat Screenplay Competition 2020 now is over!


CALL FOR ENTRIES: The BlueCat Screenplay Competition now is calling for entries accepting submissions in its 2020 edition and like every year calling for original and unpublished, feature and short screenplays, as well as pilot scripts from all around the world.


The BlueCat Screenplay Competition 2020, now is opened for entries accepting submissions from all around the world and once again is looking for original and unpublished, feature and short screenplays, as well as pilot scripts.

Founded in 1998 by award-winning writer Gordy Hoffman, BlueCat has supported thousands of screenwriters through written analysis provided to all entrants, many of whom have gone on to successful careers in the film and television industry. BlueCat remains committed to the undiscovered writer and continues its tradition of providing written analysis on every script submitted. Organizer accept features, short scripts and pilots, as well as short films!

• All submissions must be original, and the sole property of the applicant(s).
• All entries must be in English.
• Feature screenplays must be between 65-125 pages in length.
• Pilot scripts must be between 20-75 pages.
• Short screenplays must be between 1-29 pages in length.
• There is no limit to the number of entries you may submit.
• You may submit a script once. You may not submit the same script more than once.
• All script entries must be uploaded in PDF format.
• Script PDF must have a properly formatted file name (Name of Script by Author First Last Name.pdf — i.e. Seven Samurai by Akira Kurosawa.pdf)

BlueCat Screenplay Competition 2020 is open to all screenwriters around the world, regardless of age.