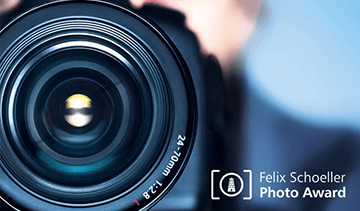 
CALL FOR ENTRIES: CEEweb for Biodiversity has been recently opened 7th call for entries for its 2017 short film competition titled Green-Go Short Film Contest inviting all filmmakers to submit they best short films.


The mission of CEEweb for Biodiversity is the conservation of biodiversity through the promotion of sustainable development.

Science has proved that we are healthier and happier if we live in greener environment. Parks, gardens, tree lines, orchards, woodlands etc. have many and significant benefits for people, as nature makes us healthier and happier, helps us be fit and beautiful, makes us more creative and improves our memory.
Plus, it is good for the economy as well.
Investigate the root of this problem, point out to its causes or show us a success story and offer a solution. Let your voice be heard!

You care about nature? You want to be a part of a solution to challenges? You feel creative? Get inspired, find a story, do your research, get your team together, grab your camera and go outside to make your short film now.

Close your eyes and imagine Europe in 33 years from now… Where are you? Are you in a place you are happy to be in or are you somewhere you want to escape from? How the world around you looks like?

The organizers are looking for short videos about our changing planet.

Entries will be judged on creativity and originality, strength of social, environmental and conservation messages, potential impact on citizens and decision makers, and professionalism.

• The films should not be longer than approximately 4 minutes. The shorter is the better. Aim for 60-90 seconds;
• Films can be of any genre (cartoon, animation, puppet film, documentary, interviews, etc.);
• Send the original film file (in any film format) in high resolution (at least 720px wide);
• The film file you can send by Wetransfer (up to 2GB file size) or via My Air Bridge (up to 20GB file size); - time-coded subtitle file in English (.srt format). A separate time-coded subtitle file must be attached also to films without dialogues but with floating titles/texts. Only English subtitles are accepted!
- 3 screenshots from the short film (.jpg format)

The received short films will be selected based on:

Online voting for the audience award winner will start on 5 October 2017, the submitted short films will be available on the www.greengofest.eu and visitors will be able to vote for their favorite ones. The voting ends on 22 October 2017 and the winner will be announced on 23 October.

The films will be evaluated by a jury consisting of film professionals and NGO members. The winners of each of the three categories will be decided by a jury by 23 October.

Winners will be notified by email, information will also be available on greengofest.eu on 23 October 2017 after closing the public award voting.

There is no entry fee for this competition!