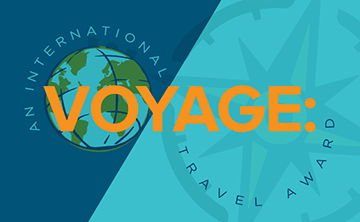 Voyage Travel Awards, international photography competition has been recently opened for entries open to all worldwide with a mission to recognize, reward...


Photo Stories Contest is an photo story telling competition organized by CINE-BOOKS Entertainment, the best visual story telling platform and the company that has ambitions to change the world of storytelling entertainment and book publishing industries.

To participate in this competition you need to send your Photo Story to the Contest Channel.

There are three categories:

Photo Story
- This is a story in slideshow mode.
- The slideshow consists of a series of 30-60 photos with a plot. Essentially, these are next-generation photo comics.
- The plot is built according to the rules of dramaturgy: the setup – the opposition - the conflict - the climax - the resolution.
- The plot of story should be disclosed through a visual series without textual explanations. Adding text is allowed in the CINE-BOOKS editor in the form of short dialogues or remarks.

Cinematic Story
- This is a story in two modes: slideshow and video.
- Essentially, this is a short film generated from photos and, possibly, video introductions - with a lower cost for production and post-production!
- The requirements for the Cinematic Story plot are similar to the Photo Story.
- Any VFX can be used in the video.
- The video must contain a soundtrack; it can also contain voiceovers.

The number of entries from one participant is not limited. Each work can be entered in the contest only once.

How to creat a photo story?

The main thing that distinguishes a Photo Story from a simple photo shoot is the plot. The plot is a sequence of events, interactions of the heroes, in which their characters are shown, and therefore revealing the idea of the story.

Additionally, in order for the story to be interesting, organizer need subtext and conflict. The subtext is the hidden motives, desires, or the overall goal of the character: something directing him/her and explaining his/her actions. And the conflict consists of the external or internal factors that prevent the hero from achieving his or her goal. These factors can be either opponents, anti-heroes, or the personality traits of your hero (i.e., insecurity, fear, etc.). The personality traits of your hero will be shown the best only during a confrontation with the anti-hero or internal barriers!

How to tell a story in photos?

Use as many cinematic tricks as you can!
The alternation of general and major plans convey the atmosphere of the situation; shots on which characters are shown in motion give the dynamics; cinematic perspectives do not show the appearance of your models, but their emotions.

General criteria for selecting the jury:

• Originality and consistency of the plot
• Directing skills and acting
• Artistic qualities of the visual series: composition, work with light, color, etc.
• Post-production quality
• Quality soundtrack (for the Cinematic Story)

The winners of the contest will be announced at January 8, 2019! The stories that won the Grand Prize and the Users Choice will be advertised on the site’s banners and available for public viewing on this page for the month! There is no entry fee to participate!